We’re a Family Company. This means we go beyond providing employment, fostering trade, creating products and services that consumers want or need. Our foundation are family values, and family values are also the backbone of a functioning society. Founded in 1949 by Thomas Benedict Laughlin and Gaston de Gannes, the company is now led by a third generation of businessmen, having passed from fathers to sons twice. The commitment of the Laughlin and de Gannes families has been absolute – supported by their spouses and other family members. We are not in the business of simply doing business. Our mission lies in reaching out to meet the needs of our customers, and we pledge to rise to the challenges and revolutionize the ways by which we can continue to fulfill that mission, even amidst the unforeseen. 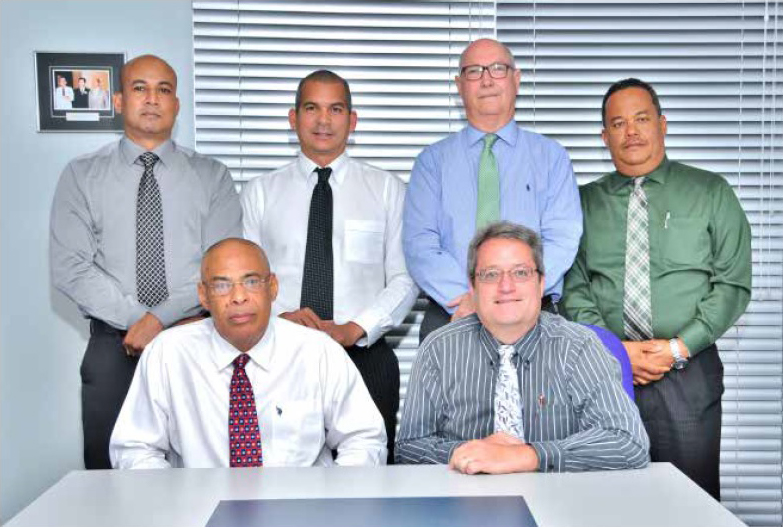 They did commence their working lives “in the oil’ as they say, but these young men were different. They were modern men. At a young age, they had fallen in love with the independence inherent in a motorcar. And, they were above all entrepreneurial. They sensed that the future was to be forever altered. Like their great-grandchildren, who at surprisingly early ages could “do computer”, Gaston and Ben knew what made modern times modern: that all accepted notions of space and time had been forever altered. The very concept of distance had been changed. They were not alone in arriving at this Laughlin & De Gannes Limited – Customer Service since 1949. Laughlin & De Gannes is one such family company, located in Trinidad and Tobago. Founded in 1949 by Thomas Benedict Laughlin and Gaston de Gannes, the company is now led by a third generation of businessmen, having passed from fathers to sons twice.

The commitment of the Laughlin and de Gannes families to the company has been absolute—a vital ingredient in guiding a family concern through the economic ups and downs of an emerging economy. Supported by their spouses and other family members, those in charge of day-to-day decisions at the company have an attachment to the firm that is unmatched by other corporate entities, and survives societal pressures, like for example the transition from colonial times to Independence.

Family companies also have a special bond with their employees. A familial atmosphere, so vital for today’s team-oriented management system, is easily created in a company where parents and siblings work together. This atmosphere extends to the relationships with other employees, and long service awards are quite the norm in family companies.

Laughlin & De Gannes has had quite a unique experience. With the top positions of management passing from Ben Laughlin to his son Tommy (who, for some years, held a joint managing directorship with Keith D’Abadie), and thence to Tommy’s sons Greig and Mark, the company has benefited from the Flexibility and foresight of these men. These were, for example:

The diversification into tools just prior to the influx of Japanese vehicles, which would make Laughlin & De Gannes’ specialization in Lucas British car spare parts obsolete.

The re-structuring of the company along more modern and leaner management lines, helped the company survive in the economic downturn and be in a good place when things turned around.

The acquisition of Procom, an entity servicing the petrochemical sector, just prior to a 14-year gas boom, which generated enormous activity in the energy sector and particularly in Point Lisas, where Procom is located.