We do not recommend second best but only the very best.

What is Stop/Start Technology?
Stop-start is a system on most modern cars that cuts off the engine while the car is stationary in order to reduce fuel consumption and emissions. This is a feature that is associated with most Hybrid Vehicles. During a stop, unless the hybrid battery needs charging, SST cuts the engine, leaving the battery pack to power such devices as lights, infotainment system and the air conditioning. The engine starts again when either the clutch is engaged, accelerator is pressed or the brake is released.

EFB batteries are an optimized, higher performance version of the wet Sealed Maintenance Free battery. The abbreviation “EFB” stands for “Enhanced Flooded Battery”. EFB batteries have a large number of possible charging cycles and provide more than double the partial and deep discharge performance in comparison with conventional batteries.

EFB batteries are often installed in vehicles with simple automatic start-stop systems. Due to their superior performance, batteries with EFB technology are also increasingly used as replacements for conventional lead-acid batteries. 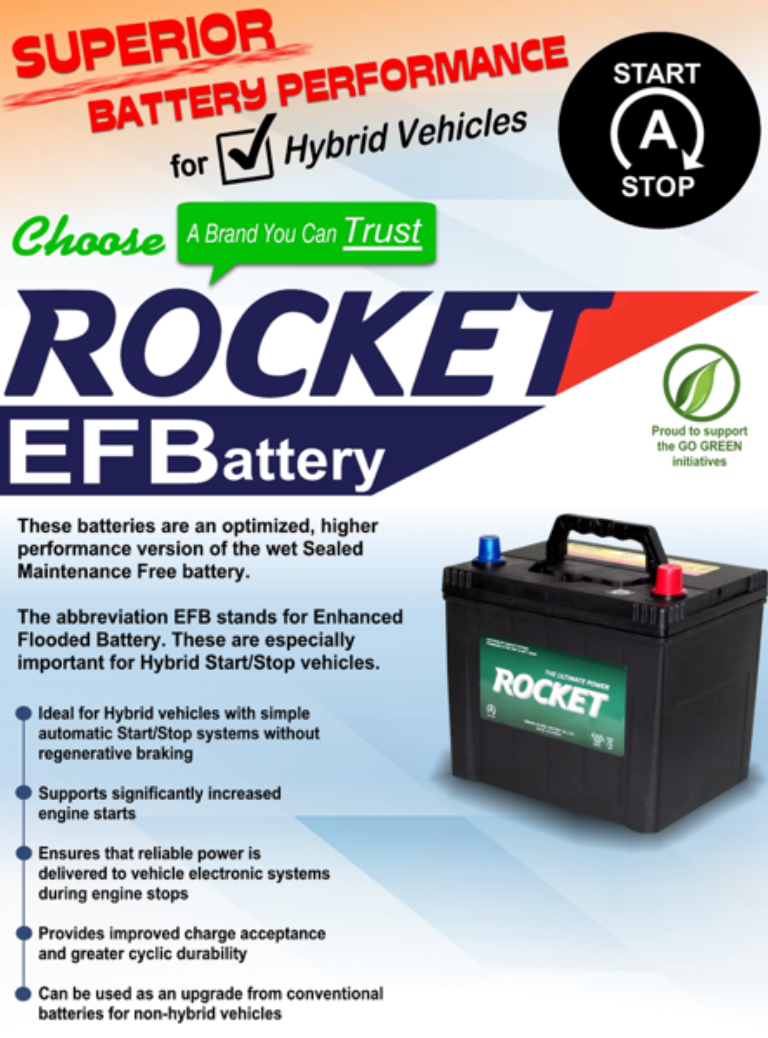 Why are EFB Batteries recommended?

EFB batteries are the enhanced version of SMF technology (Sealed Maintenance Free). The benefits of EFB technology are: improved charge acceptance and greater cyclic durability when operating in a reduced state of charge (typical of Stop Start applications). For example, EFB batteries will provide 85,000 engine starts as compared to 30,000 starts from Conventional (SMF). Their uses include the following:

Vehicles without start-stop systems but with demanding driving requirements (e.g. in urban traffic).

For vehicles without automatic start-stop systems but with extensive electronic devices that require increased capacity.

Can conventional or MF batteries be used in Start/Stop vehicles?

Yes, but it is not recommended. Instead AGM and EFB batteries are specifically designed for these type of vehicles. Stop/Start vehicles experience an exponentially higher frequency of engine starts per day. Conventional and MF batteries are not designed for this usage and will typically fail within a few months.

SEBANG is one of the world’s leading Stop/Start battery manufacturers and is proudly part of a very select handful of OEM suppliers to car manufacturers globally. They are the makers of Rocket, the #1 battery in Korea and is among the Top 5 battery manufacturer in the world. Sebang’s products are precision-made with premium materials, incorporating the most advanced battery technology today.

Product Specification for both Rocket and Quickstart Batteries: 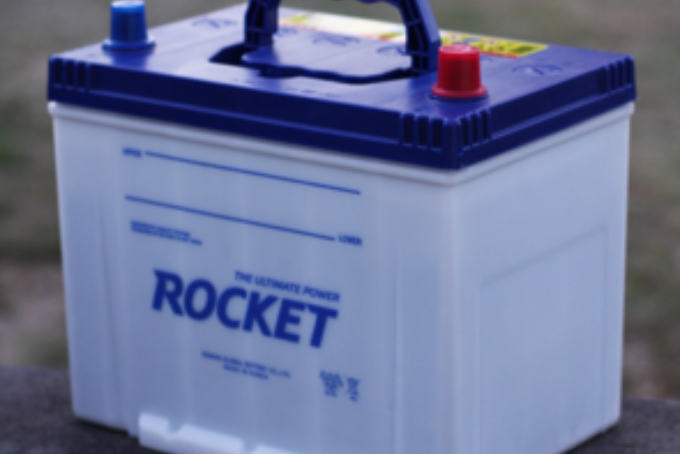 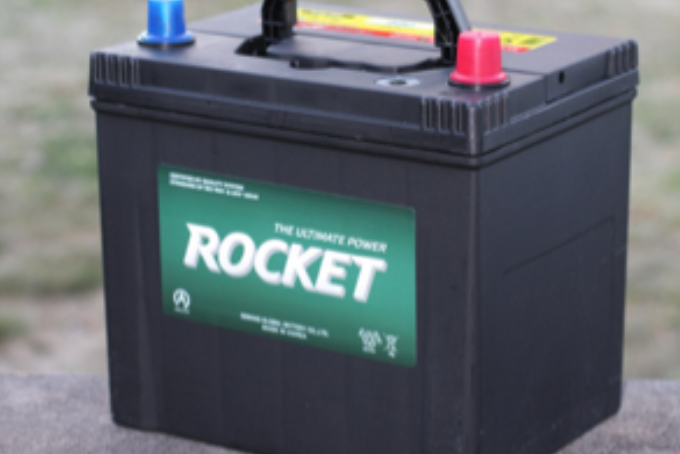 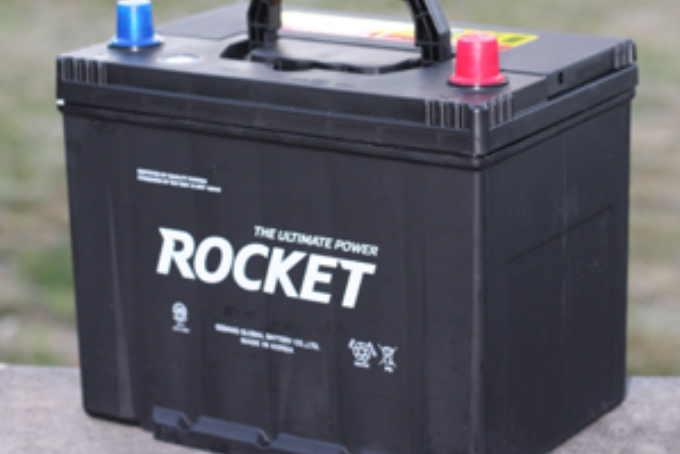 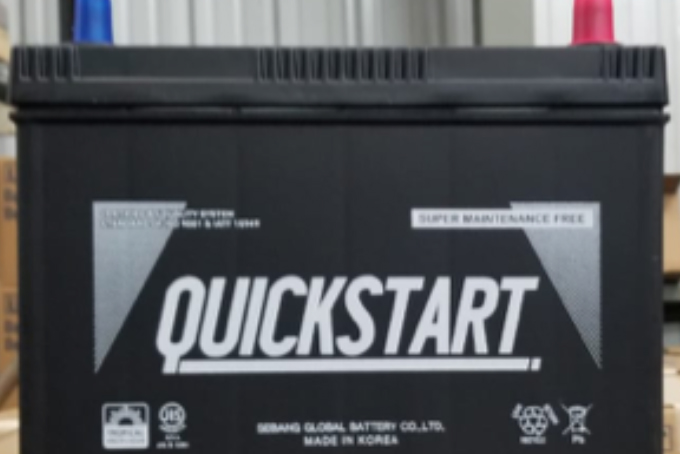 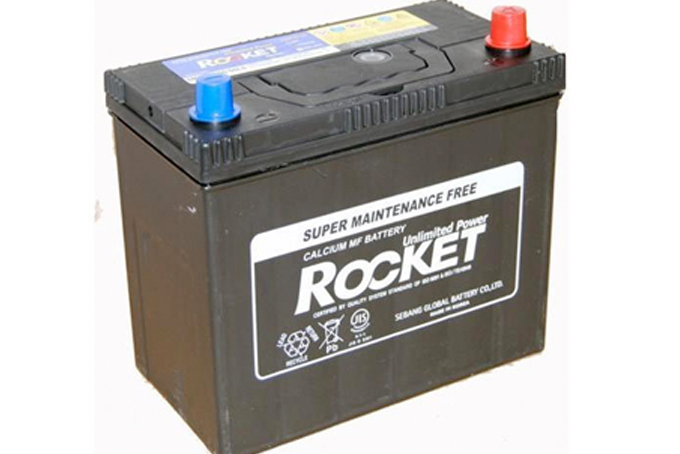 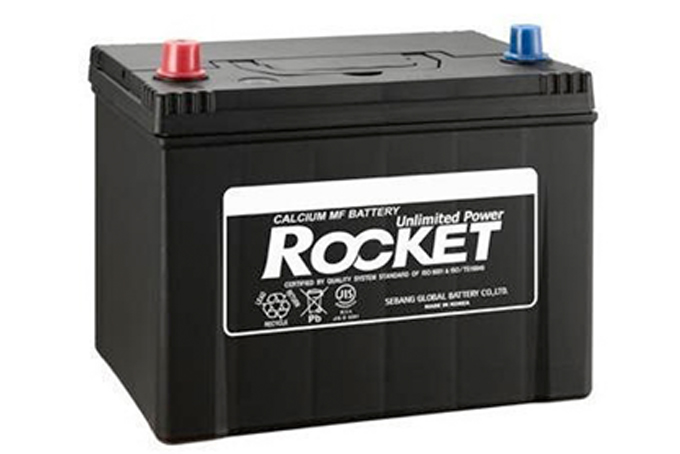 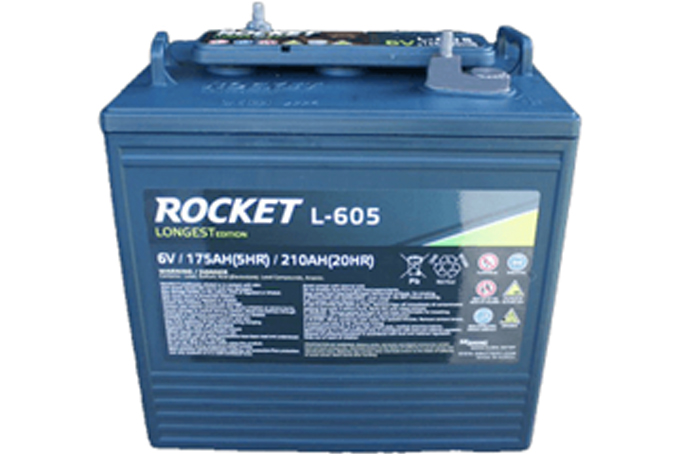 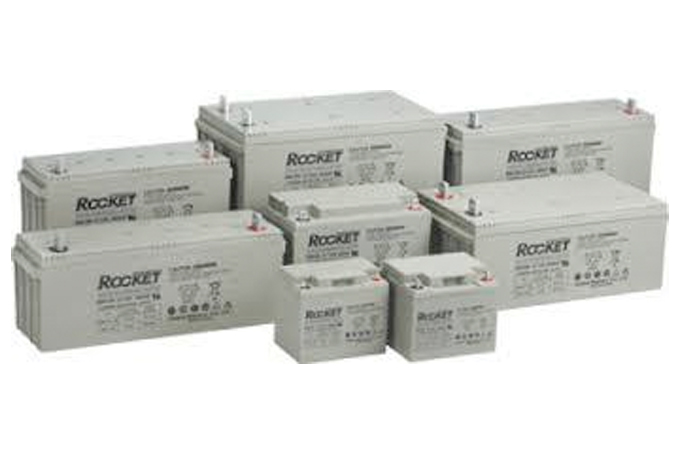